The population in Norway is 5.25 million, in which over half a million work in the local government sector. In 2020, after the newly initiated local government renewal reform, Norway will have 356 municipalities and 11 regional county councils.

KS has gathered status quo, results, development trends and challenges for the sector for the first time in 2019. The publication “Status local governments” will become an annual production.

The populations stands by the local self-government, which furthermore has strengthened its legal position toward the central government. The practice of local self-governing is unfortunately often challenged by the central government. Our local democracy is perceived as good, but can be improved. The municipal board is highly valued, the trust to elected representatives is great, and people are happy with the municipalities' ability to provide services based on needs. Still, the voter turnout goes down. Trust in the local governments is stable, but should be higher. Many local politicians have been subject to hate speech or threats, and the likelihood is greater in younger elected / politicians.

The Norwegian oil downturn in 2015 was the start of two years of income growth for the local government sector. The income level has persisted and many municipalities can prove good financial results for last year. However, surprisingly large tax revenues and not just intended politics have influenced this good income trend. The strong growth in the need for health and care services has barely begun. The long-term balance of central government finances is under pressure, which makes us concerned about the future. The development situation is at the same time quite different between the local governments.

The economic inequalities in the Norwegian society are growing, and more and more people live with persistently low-income levels. More than one in ten children now live in a family that can be defined as poor. Three out of four who attend upper secondary education complete, however the dropout rate is still high. The percentage of approved traineeship has peaked since surveyed, but there are large variations between local governments and education programs.

Employees' competence is the municipality's most important resource for delivering
sustainable quality services. Increased expectations from the citizens is the most important driving force for the development of expertise, but increased formal competence demands from the central government also play a role. The recruitment base is limited several places, and the most important competence potential exists among those already working in the sector.

New Norwegian climate aims, with cuts in emissions from transport, construction, waste, agriculture and other non-quota emission sources, have made the local government sector even more essential. Good examples on how the sector can contribute to both emission cuts and transit to a low-emission society, are found in the shift to electric ferries and electric buses. At the same time, the need for adaptation to a changed climate increases. NVE (The Norwegian Water Resources and Energy Directorate) recently updated its overview of necessary security measures in municipalities with the greatest risk of natural damage from 2.5 to 3.9 billion kroner. Biodiversity is also under pressure, with land use changes as the main source of biodiversity loss. 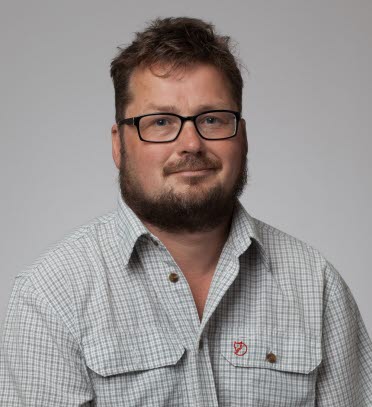